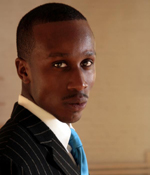 High spirited and humorous, up and coming talent Christopher Bennett showcases a passion for his craft shown through effort and energy. Born in Boston, Massachusetts, the middle child of five, it was evident that his off-the-wall behaviors and unusual wit at an early age would eventually lead him toward the artistic industries.

Having long dreamt of clenching the big-screen, that dream was realized after his appearance in a 2006 fasion show when Directors Kemal and Jamilyn Gordon of Media Push shared an interest in Bennett during his on-screen interview after the show. Nearly one year later, Bennett was honored to accept the lead role as the double sided street/corporate character Dennis “Dutty” Sykes in the film, igniting a flame that would only grow into greater promise for the project. It was then that his true passion for acting and being on camera came alive in a first time performance praised by Susan Batson and Carl Ford of Black Nexxus, acting coaches to the likes of Chris Rock, Nicole Kidman, Jamie Foxx, Jennifer Lopez and Tom Cruise.

With heart and soul of ambition, a new short drama “The Organist” on his resume and true passion for acting and modeling, Bennett promises to be a talent to watch closely in the years to come.

Known to many as Miss Olivia, Olivia Burnett is a poised and exceptional young lady with great acting potential. With over twelve years of combined modeling and acting experience in New Hampshire, MA., Olivia has accomplished many personal goals and successes. In the midst of many successful modeling projects, Olivia has recently taken interest in the acting world and accepted the supporting role of Taylor, in Business Is War. Olivia’s exuberant personality has lightened the screen and brought to life the beauty and intelligence of Dutty Syke’s leading lady.

Olivia is a spiritual woman who firmly belives that all good things come to those who wait. With her professionalism, outgoing personality and versatile looks, Olivia is sure to continue wowing her fans. 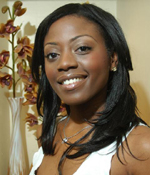 T. Whitlow, a Boston native, has stepped forth and blessed the independent film industry with her exquisite portrayal of Ronesha Sykes in the movie Business Is War. When chosen for the role of Ronesha, director Kemal Gordon felt as though T’s natural ability to relate and adapt to all surroundings, as well as her great sense of self would be crucial for the role.

As one of Boston’s newest field correspondents for 617 Live TV, it’s no wonder she displays such grace and sophistication on camera. Charging her way through Boston as a woman of many talents, T. Whitlow is guaranteed to shine! 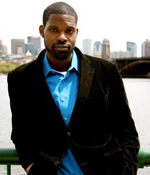 Fred Bernabe, a native of Boston, is new to the acting scene. His interest began while attending Hamilton College in upstate New York. Having performed in a few theater plays such as, The Miracle Worker and The Miser, Business Is War is Fred’s first independent film. After auditioning at the Reggie Lewis Center for the role of Corey, there was no doubt that Fred’s hard-hitting personality shouted the name. Fred was known on the set as someone who kept the momentum going with his quirky antics. Even after the director shouted “cut”, Fred still maintained being in character. A man of artistic sincerity and poise, Fred is one to look out for. 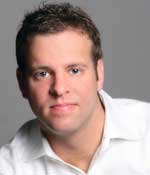 William O’Malley was born and raised in Longmeadow, Massachusetts and upon graduating from the University of Massachusetts moved out to the heart of Boston. William has been performing as an extra in many major motion films, including his most recent role as “Officer Fergus”, an inexperienced and undisciplined police officer in John Depew’s 27 Down, and a role in Denzel Washington’s The Great Debaters. On the first day of shooting the movie Business Is War, William approached director Kemal Gordon, inquiring about what was emerging from the crowded walkways of Haymarket. After a short exchange between the two, it was an instant certainty that William would be perfect for the role of Boston’s young, brash business executive, Josh Canterbury. William’s commitment to provide such an authentic depiction of the character Josh Canterbury helped give Business Is War the shrewdness it so needed. William was absolutley a critical member of the cast. 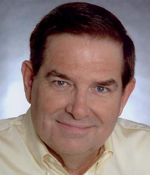 In addition to starring in several commercials and as many as twenty independent films, including Norma’s Scent and Terminal Conversation, John Depew is currently directing and writing his own independent film entitled, 27 Down. As one of the most essential characters in Business Is War, Depew brought to life the character of Mr. Smith whose honest and captivating performance validates the saying “you can never judge a book by its cover.”

Although heading his own successful medical billing company, John defines success by the enjoyment of the journey rather than simply the goals achieved.

Boston native, Dennis Person, has taken on the role of Dutty’s counterpart, Jimmy, with great enthusiasm and innovation. Having years of experience working in fashion as a custom sneaker designer, Dennis perpetuated that creativity into a character that captures the true essence of the inner city. Dennis has been an exceptional addition to the Business is War cast and definitely has the look and the knack for stardom. 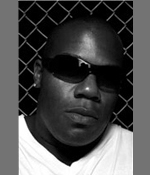 Born in North Carolina, Wayne embodies the fundamental nature of a man whose exterior does not begin to tell the story of the man inside. After accepting the role of Zookie early on in the casting process, Wayne entered the set of Business is War with a talent for knowing exactly what to say and when. Wayne has taken the character of Zookie and stamped it with a realness and edge that only a man of Wayne’s temperament could bring forth so brilliantly. Wayne has played an essential role in exhibiting the dynamics between Dutty and the streets. 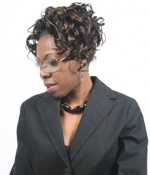 Sharell Jacobs knew at the tender age of nine that writing and performing was her calling. In 2007 Sharell joined the forces of Business is War, after auditioning for the role of Ronesha Sykes, but it was her great energy and comical persona that made her perfect role of Dutty’s inquisitive and assertive neighbor, Mrs. Levine. Sharell’s ability to adapt to her role brought about a character that had more personality and magnetism than anticipated. In addition to acting, Sharell has pursued a fast career in the music industry as Bostton’s number 1 Female Hip-Hop artist, “bay Holla”. Sharell proclaims that “with her determination at an all time high, her inner fire buring, and a hot as lava flow, she ismheaded to the top.” 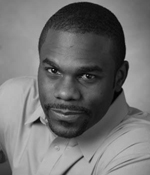 Growing up in the small suburb of Milton, Massachusetts, Corey Rodrigues brings a taste of Suburia mixed with what he likes to call “Urbia” to the stage. Since a very early age Corey has had the ability to impersonate almost any voice he has heard in just a short period of time. His fast rise and impact on Boston’s comedy scene is of no surprise seeing that he’s a definite crowd pleasure. Corey’s role as Black, displays his uncanny ability to keep those around him wanting more. Corey credits his fast rise in stand-up comedy to his “no hold barred” training provided by Boston’s gem, The Improv Asylum and continues to bless the stage opening for National Headliners and entertaining college campuses all around New England. 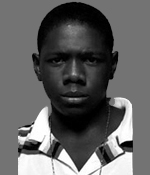 Born a raised in Roxbury, Massacusetts, Kyle Zene-Moore is a young and talented performer who took on the role as Young Dutty without hesitation. Kyle encompasses the intelligence and focus of a young man who’s destine to go far. Currently attending the John D. Obryant School of Math & Science, Kyle understands that education and drive are the keys to success. With aspirations to become either an actor o music engineer, it’s no question that he’ll be sure to do both! 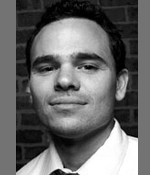 Native of Worcester, Massacusetts, Jon cut his teeth as Conrad, a worldly and ambitious business partner in Business Is War. After receiving the script for the movie Jon accepted the role of Conrad with great drive and optimism. Bringing to the set a presence of professionalism and understanding. What’s more, Jon has become a star player to the B.I.W team.

Kemal Gordon (Director):
About The Director

Kemal Gordon, a devoted filmmaker from Boston, Massachusetts, first realized his passion for visual art when he began drawing and producing comic books. That passion was later magnified when introduced by his parents to independent cinema.

A 2003 graduate of Emerson College, Kemal later went on to graduate from Boston University’s Center for Digital Imaging Arts. Kemal first cut his cinematic teeth as a wedding videographer for KGEYE Productions.  He  later created MediaPush Films, an entertainment component of KGEYE,  and from this platform  began producing many of Boston’s better known music videos.
Kemal lost his battle with lupus, and passed from the physical plane on January 31, 2010.

Born in Cambringe, Massachusetts, Colin credits his creative spirit to the endless days of skateboarding as a teenager. After acquiring his degree in advertising from R.I.T., Colin assited music photographers Jonathan Mannion and Clay Patrick McBride and has recently gone on to reside in New York, working as a photographer with Eye2Eye Digital. As a Director of Phtography for Business Is Was, Colin has provided an eye for detail and creativity. He has without a doubt contributed to the vibrant energy and visual appeal of Business Is War.

Born in New Bedford, Massachusetts to a musically gifted family, Jamilyn always knew that art was something she would pursue. Throughout the course of 15 years, Jamilyn sharpened her creative tools by writing and performing Spoken Word poetry throughout New England, as well as, developing promotional material for local events and organizations. After meeting Director Kemal Gordon in 1999, Jamilyn found amenity in sharing her ideas with him. In 2006, she jumped on board with KGEYE Productions Inc. and went to work with Kemal on several successful projects, including documentary-style work, music videos and event coverage. Extremely excited about the idea of Business Is War, Jamilyn took on the role of Assistant Director with great honor and prviilege. Also, with a great attentiveness to detail she has gone through the filming process with a fine tooth comb and has worked hard at making Business Is War a great success!

Designing and producing quality vintage wear since 2003, Dunstan has received great success in Boston, Massachusetts with his clothing company HandsomeBoy Clothing. After meeting the crew of Media Push Films at a 2006 fasion show that both companies were working for, Director Kemal Gordon and Dunstan developed strong business relationship. While developing ideas for his first independent film, Kemal knew that Dunstan, better known as “Mr. Mason” to the HandsomeBoy family, would be the perfect individual to head the fashion aspect of the film. Coming on set with a great eye and understanding of what’s the next best thing in fashion, Dunstan grasped the vision of the film’s appeal and took off running. Often suggesting that we “Get Handsome or Die Trying”, Dunstan has without a doubt put his heart and soul into fashion.

Hailing from Roxbury, Massachusetts, Will has been featured in two short films, Nia and the Julian Higgins’ short No Wind, No Waves, winner of the Rhode Island International Film Festival’s Best Short Film Award.

Good friend of Director Kemal Gordon, Will has allied himself with MediaPush Films, serving as an Assistant Director of Photography. having brought to life the gritty, urban appeal of the coming of age tale, Will has perfected the idea of how the life of Dutty Sykes’ should capture the viewer’s eye.

© Business is War, The Movie